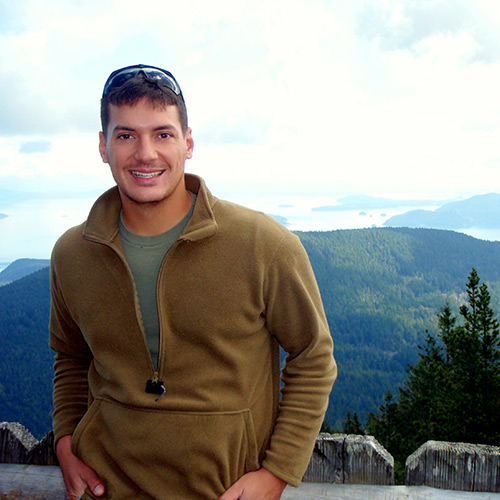 Washington, DC September 25, 2020 -- In an unprecedented collaboration, hundreds of news websites published an op-ed today by Jacob Tice calling for the release of his brother, journalist Austin Tice, in time for Thanksgiving. Austin Tice traveled to Syria in 2012 to report on the unrest there for McClatchy and other news organizations and has been detained ever since -- 2,965 days, more than eight years.

"Every second he stays in captivity cuts a deeper wound in the hearts of my family, and we can wait no longer… As we approach a ninth holiday season with an empty chair at our family's Thanksgiving, a ninth Christmas spent wondering if Austin can see the stars, my brothers and sisters and I implore you from the depths of our hearts: Please help," writes Jacob Tice, in an excerpt from the op-ed.

In collaboration with the National Press Club Journalism Institute, McClatchy enlisted the support of the media industry to elevate the call for Austin’s release so that Americans can urge their elected officials to make his safe return a top priority. News publishers representing hundreds of news outlets have joined the effort, including, Gannett, Tribune, Hearst, CNN, Fox News, Time, The Philadelphia Inquirer, Military Times and many others.

"I'm proud to join with the Tice family, the National Press Club Journalism Institute and media industry leaders to combine forces to work for Austin’s long overdue freedom," said Tony Hunter, CEO of McClatchy. "I am grateful for the outpouring of support among our industry peers and hope that together, we are able to create a groundswell of awareness and action that will allow Austin to join his family for Thanksgiving." As part of this coordinated campaign, the National Press Club Journalism Institute is mobilizing people around the country to urge their Members of Congress to send a letter to President Trump reminding him to keep Austin's safe return a top priority.  The Institute has asked the 173 members of Congress who signed a letter to President Trump last year on Austin's behalf, to send another message urging the administration to bring Austin home by Thanksgiving.

"No journalist should be detained for doing their job, and no family should have to suffer as the Tices have, worrying about when they will see their child again," said Angela Greiling Keane, president of the National Press Club Journalism Institute and managing editor, States and Canada, POLITICO. "We join the Tices in urging the White House and State Department to continue to use every diplomatic resource to secure Austin's safe release and return by Thanksgiving."

For media outlets interested in joining the campaign to #FreeAustinTice and publishing Jacob Tice’s op-ed, please contact jmoos@press.org or jsegal@mcclatchy.com.

We help people and communities thrive. Through our deeply-rooted commitment to the role of local journalism, McClatchy is a catalyst for informed engagement, greater understanding, and deeper community connections. We ensure delivery of news and information essential to enhancing individual lives and improving the 30 distinct communities that are home to our journalists and iconic brands, including the Miami Herald, The Kansas City Star, The Sacramento Bee, The Charlotte Observer, The (Raleigh) News and Observer, and the Fort Worth Star-Telegram. We extend our unique local and regional reach, relevance and resources to our advertising partners through fully-integrated marketing solutions. McClatchy is privately held by the investment firm, Chatham Asset Management. #ReadLocal

The National Press Club Journalism Institute promotes an engaged global citizenry through an independent and free press, and equips journalists with skills and standards to inform the public in ways that inspire civic engagement. The Institute is proud to be the nonprofit affiliate of the National Press Club.